The Lady Dragons began a new era with their opening game of the 2022/23 season. With a new name, a new head coach and a roster dominated by homegrown Chinese talent, this was both a title defense and a step into the unknown.

It was also a week later than planned: KRS Shenzhen was due to start its season against Tornado in a repeat of last season’s final. Instead, a slew of positive COVID tests forced us to postpone. The same issue disrupted the team’s pre-season schedule, forcing our girls to withdraw from a proposed tournament earlier this month. All in all, Scott Spencer had to deal with a tough build-up to Monday’s long-awaited clash against Biryusa.

Our visitor had begun the season well, winning its two opening games last week. In recent seasons, the team from Krasnoyarsk has steadily improved and this term it is hoping to make a serious bid for honors. KRS, meanwhile, is a team entering a new phase of its development; in place of a stellar roster of imports and Chinese heritage players, the class of 2022/23 is almost entirely homegrown. This represents a fantastic opportunity to capitalize on a group of Chinese players inspired by the Beijing Olympics, enabling them to play at a high level in a pro league.

Inevitably, though, that brings some teething troubles. Much as we saw last season, when the Vanke Rays, as our team was then known, started the season with a roster eligible to play at the Games, many members of the team are on a steep learning curve. Last season began with a heavy loss at home to Agidel; this season’s opener also ended in defeat.

The early exchanges in Monday’s game saw both power plays get an early taste of the action. However, the pattern of play soon began to favor the visitor, with Wang Yuqing much the busier of the two goalies. Our offense did carve out a good chance to break the deadlock when Kaitlyn Tougas went close on our first power play, but once back to full strength Biryusa opened the scoring through Valeria Pavlova. A shorthanded breakaway goal from Oxana Mitrofanova doubled the lead – and hinted at how Biryusa’s impressive special teams might shape the outcome of the game.

Hopes were raised in the 18th minute, when Zhao Qinan combined with Tougas to set up Ryleigh Houston for our first of the season. Our power play found its mark on the third attempt of the season, a positive sign for the future. However, Mitrofanova restored Biryusa’s two-goal lead almost immediately and the scoreline at the break reflected the visitor’s dominance of the game.

Shenzhen needed a fast start to the second period, and got it after just seven seconds. This time, Houston turned provider as Tougas again made it a one-goal game. After that, though, penalty trouble took its toll. Any hope of generating momentum off that goal dissipated when Qu Yue took a holding call. The Dragons’ PK held out, but it wasn’t long before Houston went to the box and the Biryusa power play took advantage: Mitrofanova to Pavlova, 4-2. 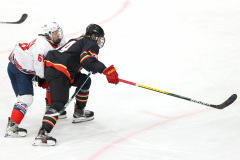 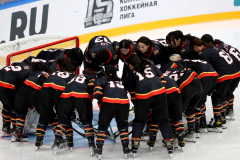 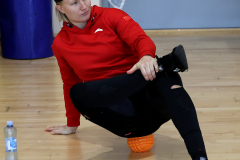 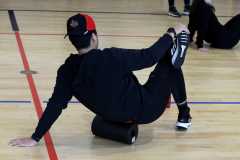 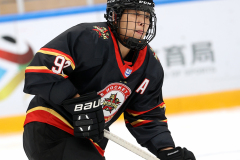 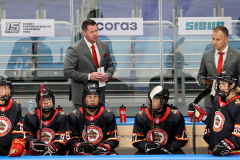 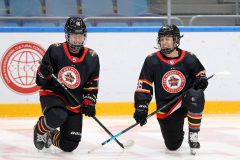 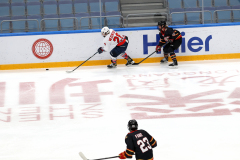 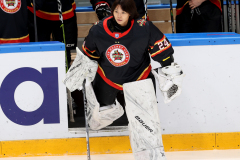 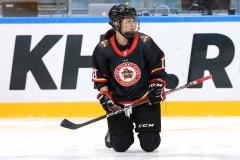 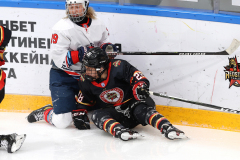 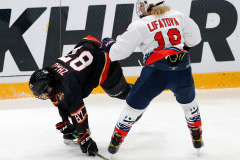 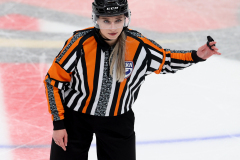 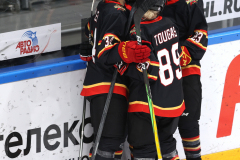 Late in the frame, the visitor benefitted from more penalties and took the game out of reach with two goals from Elena Provorova. The first came during a 5-on-3 advantage, the second was given after a video review dismissed any suggestion of a kicking motion to steer the puck into the net.

The Dragons began the third period on the PP and, once again, got off to a flying start. Houston scored her second of the game, Hannah Miller had her first point of the season and Lu Zhixin also had an assist. However, that proved to be our only shot on Darya Gredzen’s net for the first 10 minutes of the final frame. Gradually, Biryusa’s pressure told bringing two more goals for the visitor before Miller pulled one back off an assist from Qu. That goal at least ensured that KRS tied the third period, giving something to take into tomorrow’s rematch.

Although the game was lost, there were positives to take from the performance. The power play shows promise already, and it’s always encouraging to see our homegrown players contributing points. Moreover, an opening loss last season did not prevent the Lady Dragons from making the playoffs and going on to claim the championship for the second time in three seasons. Winning remains in this club’s DNA, and there’s every reason for confidence about the rest of this year’s campaign – starting tomorrow with a rematch against Biryusa.