The wait is over! After a difficult start to the season, the Dragons claimed a first victory of the 2022/23 campaign. An overtime success against Dynamo Neva built on the positives from yesterday’s loss and defeated a team lying second in the table.

Recent signing Irina Tsatsyna claimed the winning goal, scoring just 15 seconds into the extras to snap a 3-3 tie. Kaitlyn Tougas advanced down the right-hand channel, drawing Dynamo’s three skaters towards her. That left plenty of space in the center of the zone for Tsatsyna to exploit. Tougas picked out the pass, and our recent addition demonstrated why she was such a frequent scorer at her previous club with a devastating finish. In our 10th game, the search for victory was over at last. 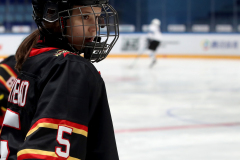 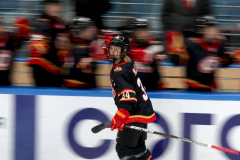 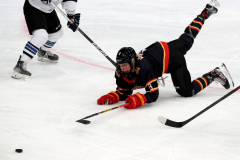 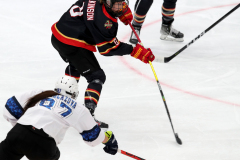 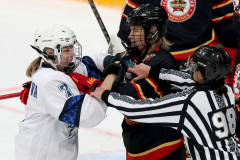 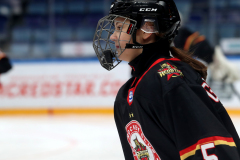 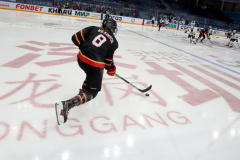 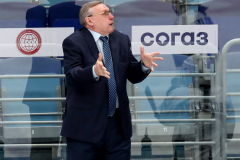 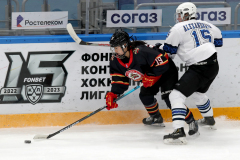 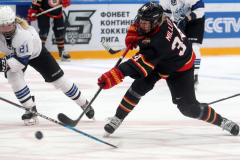 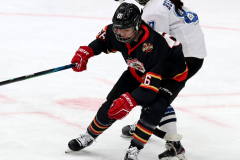 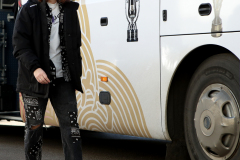 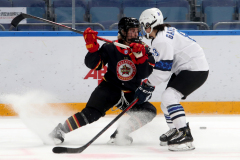 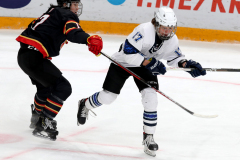 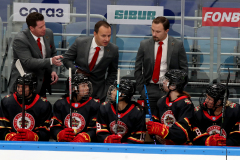 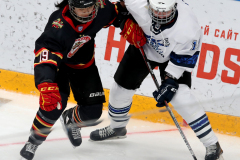 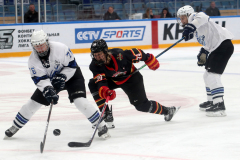 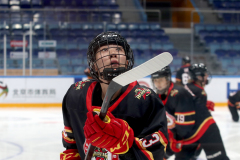 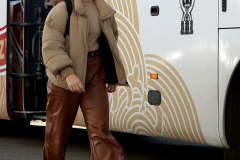 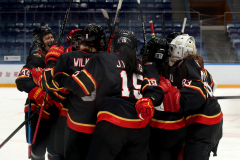 There were a couple of changes from Monday’s 1-5 loss. Goalie Irina Kostina replaced Wang Yuqing, while 16-year-old forward Vasilisa Gudymenko made her first start since joining the team. More importantly, though, there was a determination to build on the many encouraging signs from the first game against Dynamo and a readiness to prove a point.

With just two minutes played, Shenzhen took the lead. Kaitlyn Tougas burst into the zone in the right-hand channel and fired in a shot. The puck cannoned back off the boards and Hannah Miller tracked it down. Our captain looked to get it back to the slot, and saw her effort ricochet into the net off the back of goalie Eva Gubarova. That was the first time this season that the Dragons had opened the scoring, and also the first time our girls took the lead in a game.

The psychological boost of getting in front could hardly be understated. After a difficult run of games, we now had something to cling to. However, we were also facing high-quality opposition. Dynamo moved to second in the standings with its win here yesterday and was looking to consolidate that position. The visitor applied the pressure and tied the game midway through the first period thanks to Oksana Bratishcheva’s goal.

But today, KRS was not going to be overpowered. Even after falling behind in the 28th minute, our girls did not give up. Instead, there was an immediate response. Du Sija brought the play into the Dynamo zone, Tougas deflected the puck on the slot and it dropped perfectly for Miller to tie the scores with her second of the game.

That rapid reply was crucial. It underlined, once again, that the Dragons meant business. Many of the lessons learned in the early part of the season were enacted throughout this game. Better finishing was just one of them.

Moreover, there was even more belief in this team. Despite going down 2-3 midway through the third period, Polina Bolgareva getting her second of the game, Shenzhen kept battling. Our girls thought they had a tying goal in the 54th minute, only for a video review to rule that the puck did not cross the goal line. Perseverance paid off. Within a minute of that disappointment, Kiana Wilkinson potted her first of the season to make it 3-3, and there was no doubt about that goal.

Taking the game to overtime already guaranteed a first point of this campaign. In itself, that was a much-needed boost. But these Dragons were hungry for more and required just 15 seconds to get it, thanks to Tsatsyna’s winner.

Success, hopefully, breeds success. Shenzhen has the chance to make it back-to-back wins on Thursday when 7.62 comes to town.